Is there a difference between men and women and their social skills?

What’s in my third issue of Talkabout Tips?

Welcome to the third issue of Alex’s Talkabout Tips! In this issue I am continuing the theme of ‘making sense of social skills’ by thinking about something a bit more controversial (hence the exclamation mark!) …is there a difference between men and women and their social skills?

Now, on the whole, people tend to agree that there is a difference between the way most men and women communicate. We might not like to admit it – and maybe it is not a very popular view in some circles – but it is something that comes up regularly when I am training and so I think it is worthy of discussion (or debate!).

But before I start writing about this, there is a BIG warning here… not everyone will agree with what I am saying. Don’t worry! There are other theories – so we can agree to disagree, right now. Also… I am going to talk about men and women, but that doesn’t mean ALL men and ALL women. Some of us will not fit the theory. So, again, don’t worry! This one will definitely divide the crowd!

If you have had children or worked with children, you will know that all children are different. I have 3 boys and I would say that what I learnt from having number 1, gave me very little insight into how to cope with number 2 or 3! They walked, talked, and behaved very differently. However, it is a well-researched fact that boys tend to be slightly slower to develop language and find it harder to learn how to hold a conversation. Boys also outnumber girls when it comes to experiencing speech and language delays or being diagnosed with a speech deficit or impairment. Some recent research points to testosterone being a factor, but there is also a difference in our brains. Apparently, the areas of the brain associated with language work harder in girls than in boys during language tasks, and boys and girls rely on different parts of the brain when performing these tasks.

A bit about the brain

In 2001, researchers from Harvard found that certain parts of the brain were differently sized in men and women. Men generally have bigger brains – more cells and more brain tissue, but there are parts of the brain that are bigger in men and parts that are bigger in women and that can affect what we are better at… for example, parts of the frontal lobe which are responsible for problem-solving and decision making are larger in women, but the parietal cortex, which is involved in space perception, and the amygdala, which regulates sexual and social behaviour, were larger in men.

But the 2 areas and differences that are most interesting and relevant to social skills are the following:

I love those words… ‘corpus callosum’ – this is, simply put, the part that connects the 2 hemispheres, and it has been found that it is a bit bigger in women, which in theory means that women can transfer data between the 2 hemispheres quicker than men. Men also tend to be more left-brained, while women use both sides at the same more often than men.

2. And my limbic system might also be bigger than yours.

Women, on average, have a larger deep limbic system than men. This means that women are more in touch with their feelings and have an increased ability to bond and feel connected to others. It also means women have a better sense of smell, which is interesting, but not really relevant to our social skills!

So, what does this mean for our social skills?

Well, it might mean that while a man is listening to spoken language with the left side of his brain, a woman is also using her right side to analyse the nonverbal, visual information she sees. This is because data is being transferred quickly between the hemispheres using her corpus collosum. This means she may find it easier to interpret some of the hidden, more subtle messages and the emotion behind a message – you know the kind of thing – ‘I know she said she was OK about it, but I really don’t think she was really…’  This is obviously a good thing, but the trouble is that a woman will then use her nonverbal communication to express her true feelings and expect others (including men) to be able to read it. Conflict can therefore easily occur, if the man only hears the words and does not ‘see’ the true message. But if we know what to look out for, then we can be happy communicating with each other! Here are a few things to think about…

When a man says he is fine, he mostly means it. There is no hidden message or underlying emotion that needs translation. He is possibly saying ‘I’m fine. I’m dealing with this problem. I don’t need your help. If I do, I will ask’. Simple. When a woman says she is fine, she may use her nonverbal communication to say otherwise… So, maybe she is actually not fine. And she has communicated this through her posture, facial expression, tone of voice… The trouble is that the man may just hear the words ‘I’m fine’ and so he doesn’t ask more.  This can cause conflict, naturally. So, if this is happening to you with someone you know, try to say what you mean, and don’t make them mind-read or guess how you are actually feeling.

Women are generally more at ease expressing their emotions. She digs into her emotional part of her brain and uses lots of superlatives, metaphors and generalisations to help… for instance, ‘you never listen to me’. This can be difficult for some men and they may take some of what she says literally which then, in turn, can be irritating to the woman. So, if you’re a woman and this is happening to you with someone you know, try to think about how much and what kind of language you use, and remember that some things may be taken literally.

Women tend to use lots more words than men. They may fill the space with more language that to the man is unnecessary. Men tend to use more succinct language that is more functional. Both of these can be irritating to the other, but a greater awareness on both sides, can help… My husband, Brian, has on occasions described my ability to talk at him as ‘painful’, especially if I talk to him when he first wakes up or comes in the house! Difficult to hear, maybe, but important if I want my marriage to work out!

My final thing to think about is how we listen. If a woman is listening, they may use more of their right side of their brain to try to work out what is going on emotionally. They hear the words, but they also interpret these by watching body language and looking for the underlying meaning. If a man is listening, they may concentrate on the words being said and may not look out for the non-verbal message. This may be why women rate eye contact as more important than men and men do not see the need for it. They believe they can listen very effectively without eye contact. Of course, both can cause conflict. The man may be irritated by the woman’s inability to ‘just hear the words’ and accept them, and the woman may be irritated by the man’s inability to look at her and see the underlying emotion or message. So, if this is true of you and someone you communicate regularly with, think about how you can adapt your listening (and talking) to be more in tune with how they are.

Of course, this is a controversial subject and I know that whereas some of you will be nodding your head in agreement with what I have said, some of you will be perplexed or maybe even furious! I know that some of you will not agree with the research behind the male-female brain, and that is OK. I just happen to be in the camp that believes that there is a difference between most (not all) men and women. I have seen it too often in my work, to not believe it. But it’s good to be open to other theories and to read other neurologists who think differently. Don’t take my word for it… 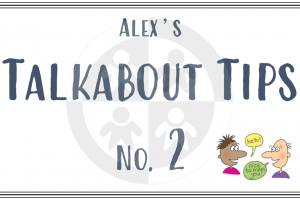 Alex’s Talkabout Tips… No 2 – Why are social skills important? 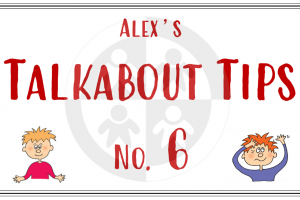 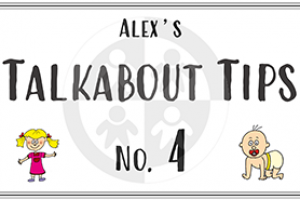 Alex’s Talkabout Tips… No 4 – The development of social skills

What’s in this issue of Alex’s Talkabout Tips? Welcome to[...]

Please send us an email and we'll get back to you.